After my 2016 series about my Virtual Development Server I have learned a lot. It’s time for a major overhaul with new technologies. It should be a lot more flexible and usable for development and course environments. See how I will restart!

There a lot of container technologies, but because of the stability of Docker I select this as the central part of my infrastructure.

I want not discuss here for the moment about orchestration of big container environments, so kubernetes and it’s friends will not an issue here.

I will do here the balancing act between following requirements:

So the basic idea is to use for all of my different development environments a Docker Compose file, which start one to several containers with an internal network. Into this combination the changing parts like source code or persistence stores should be injected via Docker Bind Mounts or Volumes.

Docker can be provided in different ways. In future blogs I will show you at least following 3 examples.

Any other way you can provide Docker will be fine too.

Maybe you will ask, why I use Ubuntu Server inside Virtual Box and Oracle Compute Instance?

Here you see the architecture overview about what I will show you in the next weeks. 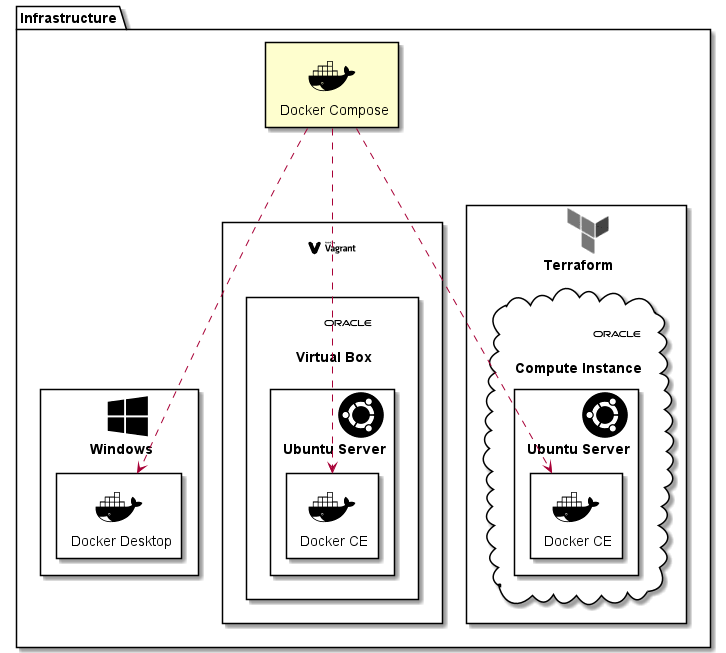